LinkedIn for the Internet of Living Things

“Hi, I’d like to add you to my professional network on LinkedIn.”

A New Caption That Works for Every 'New Yorker' Cartoon

It really does work for anything as a caption, including this electron scanning microscope image of something called a tardigrade, a fun “new” (not new at all, but recently popularized) micro-animal on the emerging planetary Internet of Living Things:

Anyway, as far as I can tell, that basically sums up how “entity nodes” in Nature-Net function: a bunch of little blips passing back and forth materials, energy and signal in a mesh.

Nature and its component species and inter-species technologies seems to be basically an ultra-dense interpenetrating super-network of nodes and interfacing branes. A mat of intertwined roots.

Dying bleached out coral reefs in tropical paradises. You get the picture.

A big blob. A stellar dust bunny — A bunch of stuff stuck together, exchanging, eating each other. Feeding back behaviorally into super-controller loops of biomes and eco-systems.

Why are all those fish in Nova Scotia dying?

It seems like what we’re seeing is isolated pockets are incidences of what happens when the parameters which have defined dynamically balanced ecosystems are suddenly radically altered. Like 40 degrees warmer at the North Pole on Santa Day type radically altered.

The little cybers that act as gate regulators embedded in local ecosystems start to trigger or fail to trigger their condition-sensitive natural macros and then suddenly their modified behavior (increase/decrease in output or services rendered to other species) feeds back into the system, cascading over into linked, sub, and supra-systems [exosystems?]

That to me seems like a plausible, maybe-not-too-horrible possible future scenario. I’m just trying to map them out for myself mostly, as a defense/coping mechanism for Actual Reality as it currently stands.

“Hope” seems like such a long-shot lately: along with moral exhortations to “don’t fuck up the environment” which obviously no-one listens to anyway. So why parrot that same old tired worn out enviro POV? I don’t know.

I came across something interesting from “Deep Ecology” the other day from Wikipedia — a bit that has stuck with me since in my aura-cloud of micro-bits:

I’m gonna slice the excerpt up (…), because there’s even more blah-blah-blah in it than I can stand, but:

Environmentally-conscious behavior as a form of self-interest. Save your self. Save your selves. Save your sylvans. Save five dollars on your next micropayment to your lawn computer...

One may enlarge the sense of self to include the other entities in your biome/ecosystem/climate/cybernetic LinkedIn on the Internet of Living Things and environmental action becomes a form of self-interest, not something that’s small and far away, distant and unimportant — but instead something live, real, vibrant, lived, touched, smelled.

But if you do, buyer beware.

Not all micro- and macro-biota are compatible. Check with dealer before ingesting.*

LinkedIn for the Internet of Living Things was originally published in Invironment on Medium, where people are continuing the conversation by highlighting and responding to this story.

I'm working as programmer since 2002. Born, grew up, studied and worked in Pakistan now Im located in Denmark since 2006. 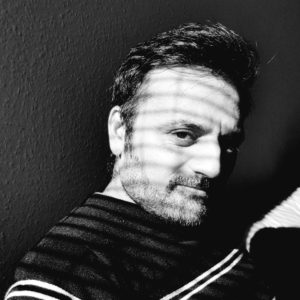