There are some intersting tools I fond from one post at askubuntu.com. Credits: dufte

Nagios /ˈnɑːɡiːoʊs/, now known as Nagios Core, is a free and open source computer-software application that monitors systems, networks and infrastructure. Nagios offers monitoring and alerting services for servers, switches, applications and services. It alerts users when things go wrong and alerts them a second time when the problem has been resolved.

Example image – showing 1 of several views you have:

Here is a good AskUbuntu post about How to Install Nagios. Nagios Exchange offers a huge collection of plugins, addons, documentation, extensions, and more. 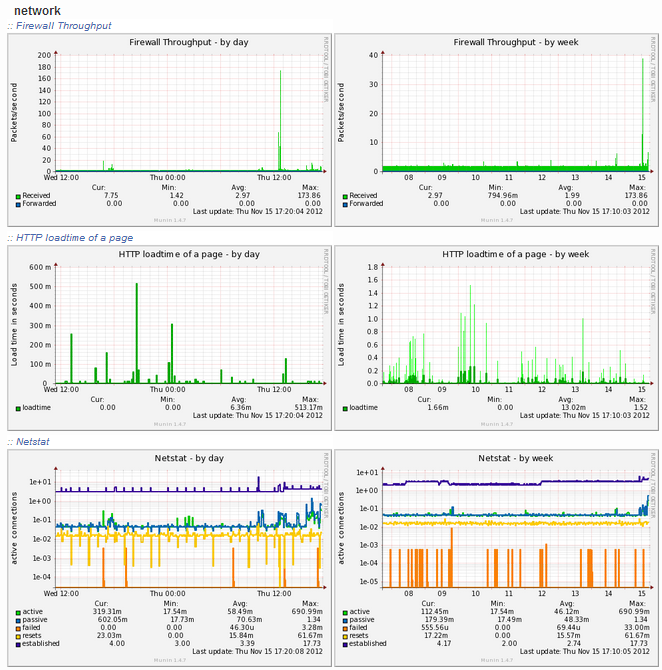 Icinga is attempting to get past perceived short-comings in Nagios’ development process, as well as adding new features such as a modern Web 2.0 style user interface, additional database connectors (for MySQL, Oracle, and PostgreSQL), and a REST API that lets administrators integrate numerous extensions without complicated modification of the Icinga core. 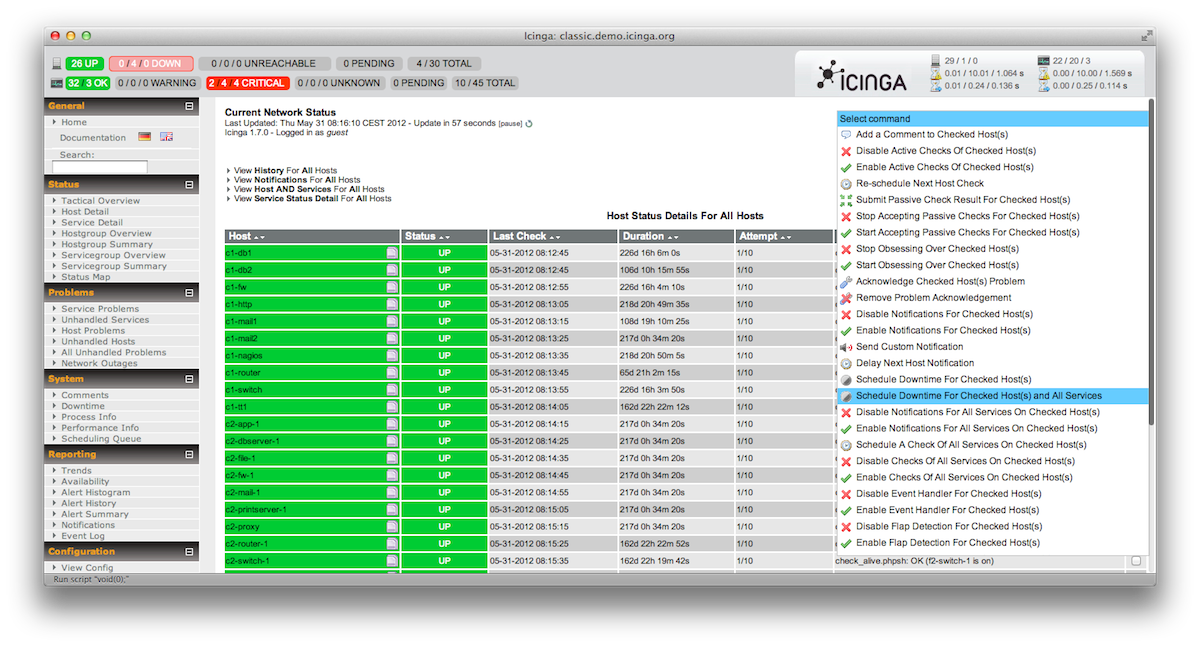 Spiceworks is a professional network for the information technology (IT) industry that is headquartered in Austin, Texas. The company was founded in January 2006 by Scott Abel, Jay Hallberg, Greg Kattawar, and Francis Sullivan to build IT management software.

Spiceworks is an online community where users can collaborate and seek advice from one another and also engage in a marketplace to purchase IT-related services and products. The network is estimated to be used by more than six million IT professionals and 3,000 technology vendors.

Monit is a free, open source process supervision tool for Unix and Linux. With Monit, system status can be viewed directly from the command line, or via the native HTTP(S) web server. Monit rose to popularity with Ruby on Rails and the Mongrel web server,[citation needed] because a tool was needed that could manage the many identical Mongrel processes that needed to be run to support a scalable Ruby on Rails site, and Monit was fairly uniquely suited for the needs of the Ruby on Rails community. Many popular Rails sites have used Monit, including Twitter and scribd.

Cacti is an open-source, web-based network monitoring and graphing tool designed as a front-end application for the open-source, industry-standard data logging tool RRDtool. Cacti allows a user to poll services at predetermined intervals and graph the resulting data. It is generally used to graph time-series data of metrics such as CPU load and network bandwidth utilization. A common usage is to monitor network traffic by polling a network switch or router interface via Simple Network Management Protocol (SNMP).

The front end can handle multiple users, each with their own graph sets, so it is sometimes used by web hosting providers (especially dedicated server, virtual private server, and collocation providers) to display bandwidth statistics for their customers. It can be used to configure the data collection itself, allowing certain setups to be monitored without any manual configuration of RRDtool. Cacti can be extended to monitor any source via shell scripts and executables.

Zabbix is enterprise open source monitoring software for networks and applications, created by Alexei Vladishev. It is designed to monitor and track the status of various network services, servers, and other network hardware.